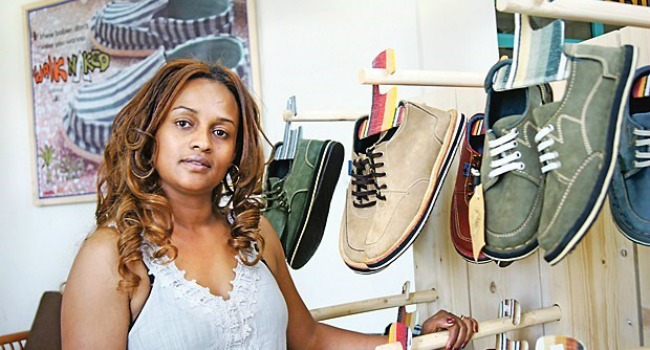 I met a young man recently who wouldn’t stop complaining about his job and how much he hated it.

With my tongue in cheek, I asked: ‘So, what are you doing about it?’

‘I’ve been thinking about starting a business, but I don’t have any capital. Banks are not lending, and the interest rates are just too high’ he lamented.

Unfortunately, there are many ‘wannabe’ entrepreneurs like this young man who continue to use ‘lack of capital’ as their favourite excuse.

Capital, while it’s absolutely necessary, is not usually the most important ingredient for a business to succeed. A proven business idea and effective execution are actually far more important.

But what do I know.

Maybe I’m assuming too much. Or just being overly judgmental.

So, I decided to look at the startup journeys of some of Africa’s most promising and successful entrepreneurs. This article comprises both male and female, young and ‘not-so-young’ entrepreneurs who started their businesses from humble beginnings.

True to my convictions, it may surprise you to learn that banks are not big supporters of new and startup businesses, especially in Africa. They tend to show up down the road when you’ve proven that your business makes money.

I’m sure you’ll learn something from the strategies used by these entrepreneurs to startup their businesses.

For me, the biggest lesson I have learned from their startup journeys is this:

If you really want to start a business, you will find a way to make it happen. If not, you’ll find an excuse. And lack of capital often sounds like a reasonable excuse.

Let’s now see how these interesting entrepreneurs raised money to start and grow their businesses.

When the civil war broke out in 1989, Fomba Trawally fled Liberia and settled as a refugee in the Gambia.

In 1991, he returned to his country and started a trading business with a sole focus on rubber slippers (flip flops) which were very much in demand at that time.

His startup capital: $200. All from his life’s savings.

That initial investment in rubber slippers made quick returns and the business grew steadily. By 2005, this self-made multi-millionaire entrepreneur owned three retail stores in Monrovia, selling items such as paper products and cosmetics imported from all over the world.

In 2010, Trawally made the transition from being an importer to a manufacturer. He set up National Toiletries Incorporated, Liberia’s first paper and toiletry products manufacturing company.

Annual sales from his factories have crossed the $1 million mark and he’s making plans to double production capacity soon.

Fomba’s is an inspiring story of a former refugee who turned his life around, and is now one of Liberia’s richest and most successful entrepreneurs.

Bethlehem Alemu grew up in Zenabwork, a poor village in the suburbs of Addis Ababa, Ethiopia.

Her business – SoleRebels – is one of the most popular and fastest-growing African footwear brands in the world! Her collection of eco-friendly footwear (made from recycled materials) have been sold in more than 50 countries across the world, including the USA, Canada, Japan and Switzerland.

These days, her business rakes in annual revenues in excess of $1 million.

But her business dream would have never been possible without nearly $10,000 in capital she raised from family and relatives in 2004.

Buoyed by her success with SoleRebels, Bethlehem recently launched Republic of Leather, a new business that trades in luxury leather products like bags, belts and other non-footwear leather accessories.

Her inspiring success story has been featured on Forbes, the BBC and CNN. And she has been described by Forbes as ‘One of The World’s Most Powerful Women’.

Jason Njoku is the co-founder and CEO of IrokoTV, a mobile entertainment and internet TV platform that’s particularly popular for its impressive catalogue of African ‘Nollywood’ movies.

The growth of this business has been very remarkable. To date, IrokoTV has attracted up to $40 million in investment funding from foreign investors.

But the struggle in the early days of this business was not as glamourous.

After a few failed attempts at previous businesses in the UK, Jason returned to Nigeria in 2010 to build local relationships and purchase content rights for his new startup, IrokoTV.

Cash was tight, and starting this business would have been impossible without the £90,000 contribution of Jason’s friend and business partner, Sebastian Gotter.

That single ‘small’ investment in what was a very ambitious idea, has created a multi-million dollar company that’s now dubbed as the ‘Netflix of Africa’.

IrokoTV recently raised $19 million in additional funding to expand its business across Africa.

Adii Pienaar is co-founder of WooThemes, a South Africa-based tech company that was recently acquired by Automattic, a US-based online tech giant, for $30 million.

He started WooThemes in 2008, at age 23 while he was still in university. Adii worked part-time as an online freelancer and consultant on the side while he continued to work hard on WooThemes, using his savings and earnings at the time to support the business.

This strategy of starting a business with no money — or, at least, very little money, is commonly referred to as ‘bootstrapping’.

It is the art of making personal sacrifices, using personal savings and limited financial resources to support a business in its early days.

Despite his impressive success with WooThemes, Adii Pienaar remains a serial entrepreneur and continues to work on several promising startup projects.

Patrick dipped his feet into the world of business at age 19 when he started selling Chinese-made mobile phones.

But his journey to the top wasn’t an easy one. To get started, he took a loan of $1,800 from his mother, and a close friend sponsored his travel to China.

To date, his company, Helvetic Solar Contractors, has installed more than 6,000 small rooftop solar systems in Tanzania and other East African countries, including Kenya, Uganda, Rwanda and Burundi.

These days, through his Light for Life Foundation, Patrick Ngowi is giving back to his community by providing better access to clean renewable energy.

He has been featured by Forbes as one of ‘10 Young African Millionaires to Watch.’

In 2010, Lorna Rutto quit her bank job to start a waste recycling business.

Her company, EcoPost, collects and recycles waste plastic into aesthetic, durable and environmentally-friendly fencing posts, an alternative material to wood.

Through these efforts, she has contributed immensely towards the conservation of forests, employs hundreds of Kenyans and is expected to create 100,000 new positions in the next 15 years.

Her business and its remarkable achievements wouldn’t have been possible without the financial support of international and local NGOs.

In the same year, she won a grant award of $12,700 from the Enablis Energy Globe-Safaricom Foundation.

She also won a business plan competition organized by the Cartier Women’s Initiative, and received a prize award of nearly $12,000

Recently, her business attracted an equity investment from the Blue Haven Initiative and the Opus Foundation amounting to USD 495,000.

Lorna’s business which started as a small cottage venture has now moved to a large manufacturing facility equipped with advanced recycling machinery.

Anna Phosa is one of Africa’s most successful pig farmers. She’s often referred to as a ‘celebrity pig farmer.’

But her business journey wasn’t rosy.

In 2004, after a close friend introduced her to the business, Anna started her pig farm in Soweto with $100 contributed from her personal savings.

She started with only 4 small pigs.

In 2008, Anna was contracted by Pick ‘n Pay, the South African supermarket chain, to supply its stores with 10 pigs per week. This was a first breakthrough and the request grew quickly to 20 pigs per week.

With a contract in hand, Anna received funding from ABSA Bank and USAID to buy a 350-hectare farm property.

Africa’s richest man, Aliko Dangote, currently worth $18.3 billion, is a role model to entrepreneurs on the continent.

He started his business in 1978 with 500,000 Naira borrowed from his grandfather.

And because business flourished, he paid back the loan in just six months.

Dangote is really consolidating his wealth and may just remain Africa’s richest man in the coming years.

Fred Deegbe is the brain behind Heel The World, a luxury footwear brand that’s wholly made by hand by skilled craftsmen in Ghana.

In 2011, he quit his bank job to found the business, which he started from his parents’ house in Accra, Ghana.

Fred’s startup story is another classic example of bootstrapping at work.

Using savings from his bank job, and the help of his business partner, Vijay Manu, he bought shoe machines and equipment, and hired the first set of workers.

Today, Heel The World has an impressive range of footwear – anything from retro brogues and elegant loafers, to stylish dress slippers and eye-catching Oxfords.

Fred Deegbe has been featured on the BBC and CNN. In 2012, he was on the panel at the World Economic Forum in Addis Ababa, Ethiopia.

In an industry dominated by white South Africans, Desmond Mabuza is the first black person to own and successfully operate a fine dining restaurant business that serves his country’s rich and famous people.

Born and raised in a poor neighbourhood in Soweto, and trained as a civil engineer in the United States, Desmond returned to South Africa before the end of the Apartheid era to start a small civil engineering firm.

After a few years, he abandoned his engineering practice and invested the money he had made into the fine dining restaurant business.

He opened his first restaurant in 2001 (at age 28) and currently owns two remarkably profitable and well-run restaurants – Signature and Wall Street – both situated in Johannesburg.

In 2014, he opened another Signature restaurant in Abuja, Nigeria and is already making moves to expand the brand across Africa.

I’m sure you’ll agree that these success stories have been very inspiring.

This article appeared on LinkedIn by John-Paul Iwuoha

If you’d love to read more like these and spark your brain with interesting ways to raise money for your dream business, it’ll be a great idea to get the book!

Learn how to raise money to start business.

John-Paul Iwuoha is an impact entrepreneur, SME Business Coach, and founder of Smallstarter Africa. He works with entrepreneurs and investors to start up and grow businesses in Africa. He is also the co-author of 101 Ways To Make Money in Africa, the widely-acclaimed book which reveals several interesting business ideas, market opportunities, and inspiring entrepreneur success stories across Africa.