Identifying African entrepreneurs below the age of 35 who are building thriving million-dollar businesses is not as difficult as it used to be. There is an incredible wave of entrepreneurship transforming economies on the continent and young Africans are increasingly catching the entrepreneurial bug, creating remarkable businesses that are solving critical socio-economic problems, while creating job opportunities and building considerable wealth. And you should take notice.

Every year since 2011, I have assembled a group of accomplished African entrepreneurs, Business Journalists, thinkers and thought leaders to randomly name 30 of the continent’s most exceptional young entrepreneurs below the age of 35.  The people featured on this list are building remarkable companies in food manufacturing, engineering, technology, hospitality, and other industries. They are incredibly motivated, pan-African in their thinking and ultimately nurse global ambitions.

Meet 30 of Africa’s most promising and inspiring young entrepreneurs- the continent’s brightest stars and the harbingers of tomorrow’s prosperity. 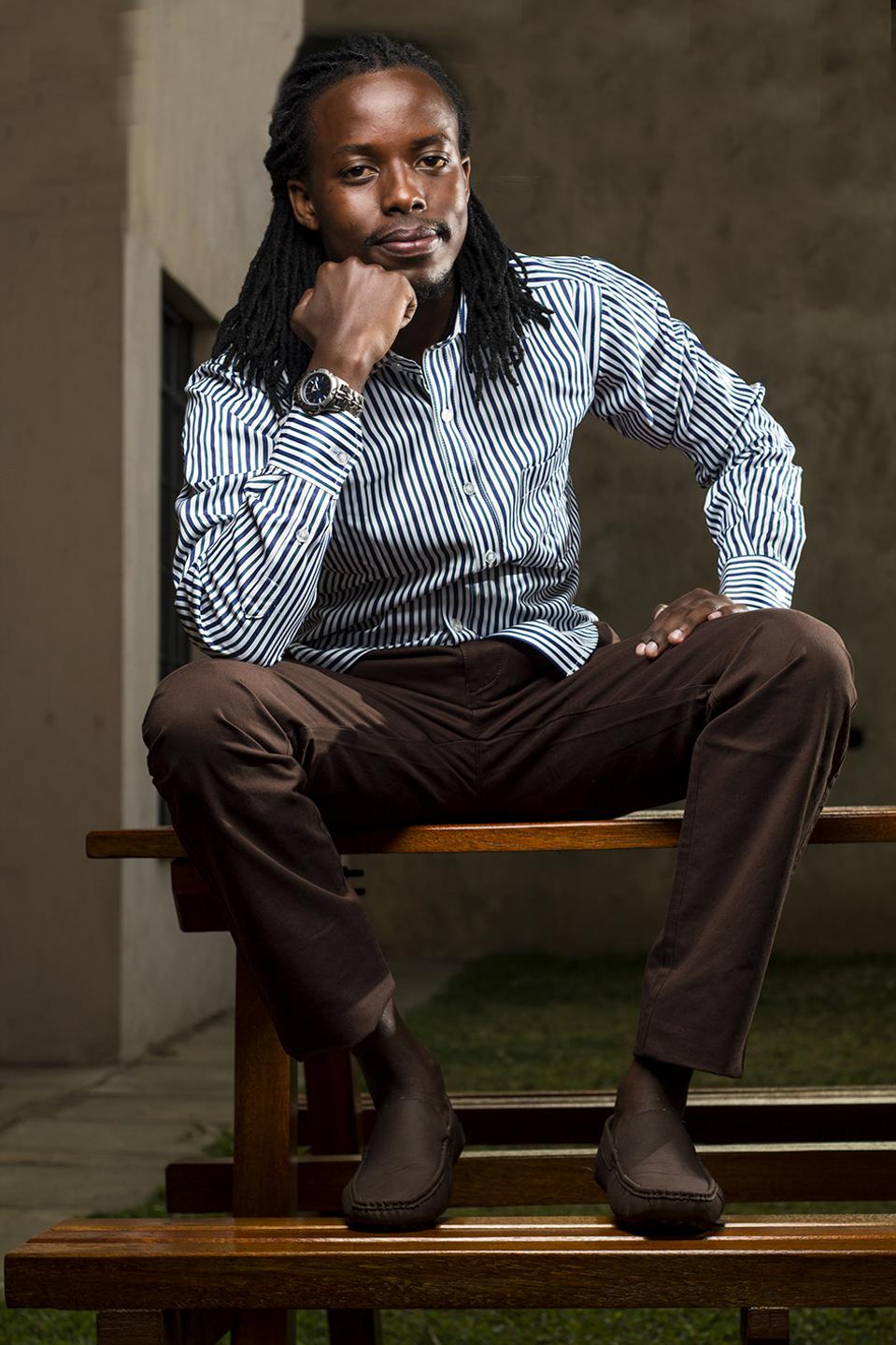 Swazi-born entrepreneur Ntombenhle Khathwane, 32, is the founder of AfroBotanics. AfroBotanics, which Khathwane established in 2010, is a Johannesburg-based company that manufactures premium haircare products using African botanical oils and other natural products and formulas to care for the hair and limit damage as to the barest minimum.

Olatorera Oniru, 28, is the founder of Dressmeoutlet.com – a Nigerian e-tailer of fashion products, health & beauty products and home-goods. Dressmeoutlet stocks more than 1,000 products from premium designers globally. Dressmeoutlet ships worldwide and currently has customers in different states across Nigeria, Uganda and the United States of America. The company now employs more than 20 full-time employees and has funding offers from notable investors including Nigerian investor Tony Elumelu.

Ramokhele, 29, is a co-founder of LeoFortis Group, an investment holding company with investments spanning commodity trading, energy, telecommunications, engineering, and mining with a presence in South Africa, Kenya, Zambia and South Sudan.

South African entrepreneurs Kgatlhanye and Ngwane, both 23, co-founded Repurpose School bags. Repurpose collects and recycles plastic waste into school bags for poor South African students. The plastic bags feature a solar panel in the flap which get charged when the students walk to and from school. These charged solar panels help to provide lighting at night to the students to study. Rea Ngwane has since left Repurpose.

Lee Grant, 32, is the founder of Leegra, a South African field marketing and promotions company engaged in sales, merchandising, promotions, product development and strategy. His company services a diverse range of blue-chip clients and multinationals from banking and insurance to fast-moving consumer goods and healthcare.

The 26 year-old Ugandan agricultural engineer won the Tony Elumelu Prize for Business at the 2015 Future Africa Awards. His company, Sanitation Africa, has developed a full-cycle sanitation system that starts with a local, low-cost yet hygienic modular latrine and ends with the conversion of sludge into cooking briquettes and agricultural manure.

When her mother was diagnosed of diabetes, Zommi, 21, set out to find alternative treatments to keep her mother healthy. She soon discovered the medicinal moringa oleifera tree which grew in her region, and discovered that the moringa leaves could reduce blood sugar levels to treat diabetes among other medicinal qualities. She partnered with moringa farmers who supplied her with the leaves and processed the leaves into moringa tea which she put into tea bags. Emerald Moringa, the company she founded, sells this tea across Cameroon.

Ramaphakela, 32, is the founder of Seriti sa Basotho, a fast-growing construction company. He began the company in 2011 as a gate-making company but grew it over the last few years into a general facility management firm in South Africa. Seriti Sa Basotho has built several houses in South African townships and also handles painting, plumbing, paving, roofing, plastering, ceiling and renovations.

After studying aeronautical engineering in the United Kingdom, Ngoma, a 31 year-old Zambian entrepreneur returned home to seek his fortune in the renewable energy business. He started Tapera Bio Industries Limited in 2009, a business which is focused on the production and promotion of biodiesel fuel and derivatives of vegetable oils. The company also processes vegetable oils into natural soaps, washing paste and organic shampoo.

Moraa, 27, is the founder of Weza Tele, a Kenyan fintech startup that provides a number of value added mobility solutions in commerce, supply chain, distribution and mobile payment integration. In May 2015 Afb, a Ghanaian financial services group, acquired the company for $1.7 million.

The 25-year-old Kenyan is the founder of one of Kenya’s most successful television production companies. His company, Young Rich Television Limited, produces two of Kenya’s most popular TV programmes – ‘Young Rich’ – a weekly show that profiles young, successful Kenyan entrepreneurs, and ‘Get In The Kitchen’- an extremely popular cooking show. Both shows have aired for 9 and 4 seasons respectively, command viewership in the millions, and have sponsorship from several blue-chip companies in Kenya. Mbugua also owns My Yearbook Limited, a company that produces yearbooks and publications for companies, schools and governments. A real-estate company he owns is also developing a 188-unit hostel project to provide housing for students of Kenya’s Egerton University.

Pujara, a 33 year-old Kenyan entrepreneur is the founder of BuyRentKenya, one of Kenya’s most popular property listing sites. In 2015, South African online media firm One Africa Media acquired a stake in the company. The site, which Pujara founded in 2012, reports 150,000 visitors every month and has more than 15,000 listings of residential and commercial properties.

Moodley, 30, is the CEO of Midbrook Lane (Pty) Ltd, a private investment firm. The Johannesburg-based firm typically invests in 7 to 12 private and publicly listed companies at a time with the aim of holding the investments over a minimum period of 10 years. Moodley also serves as a non-executive director of Conduit Capital, a JSE-listed investment company, making him one of the youngest serving board members of a company listed on the Johannesburg Securities Exchange.

30-year-old Sibande of Malawi is the founder of her country’s first technology hub. mHub, which she launched in November 2013, is an incubator for technology startups with a special focus on building young technology entrepreneurs through training, skills development and mentorship.

In 2004, and at the age of 19, Tanzanian serial entrepreneur Nadeem Juma founded Efulusi Africa, a software development company that develops custom software with a focus on mobile finance apps and aggregation. Efulusi is credited for developing and deploying Tanzania’s first mobile banking platform. In 2014, Juma, now 31, founded AIM Group, a leading digital agency in the East African country. AIM Group now has 25 employees and has some of Tanzania’s most prominent brands as clients.

Chilewe is the son of one of Malawi’s most prominent and successful businessmen, Mike Chilewe. But the younger Mike is charting his own path and cutting his teeth as a media entrepreneur. In 2015, Chilewe Jr, now 26, acquired Star Radio Malawi, a floundering private radio station based in Lilongwe. With the help of media consultants and experts, he has been restructuring the station and is gradually building Star to become one of Malawi’s most successful radio stations.

MeQasa, one of Ghana’s leading online real estate classifieds businesses, was founded in 2013 by Ghanaian entrepreneurs, Kelvin Nyame, Rashad Seini and Kofi Amuasi, who are all graduates of the tech entrepreneurship training program at the Meltwater Entrepreneurial School of Technology (MEST) based in Accra, Ghana. MeQasa provides a free service that helps brokers, landlords and other real estate industry professionals to conduct business efficiently online, while simplifying the search experience for prospective tenants and buyers. Last October, MeQasa secured a $500,000 investment from Frontier Digital Ventures, a global VC firm headquartered in Kuala Lumpur, Malaysia.

Ladipo-Ajai, 29, is a co-founder of OmoAlata – a Nigerian brand that processes and packages local Nigerian spices and peppers. Its flagship OmoAlata Peppermix which is a blend of fresh organic tomatoes, onions and peppers has been favorably received in the Nigerian market. Kasope Ladipo-Ajai was the winner of the 2015 She Leads Africa Pitch Competition.

22 year-old Moroccan entrepreneur Yasmine El Baggari is the founder of Voyaj, an online platform that matches hosts and travelers who want to share an authentic, local experience. Voyaj, still in beta, allows members to create a profile that includes a video post where they describe their interests and what they have to offer during a journey.

Khetia, 29, is the founder of Tria Group, a Kenyan outdoor transit-advertising firm that uses public transit vehicles to market leading consumer goods in Kenya. He is also the founder of Society Stores, a fast-growing Kenyan retail chain with 5 outlets.

Olaniran, 27, is the founder and CEO of Gamsole, a Nigerian gaming company, Olaniran founded the company in 2012, and it has venture backing from 88mph, a Kenyan seed fund. The company’s games now have more than 9 million downloads both locally and internationally on the Windows Phone store.

This article originally appeared on Forbes, by Mfonobong Nsehe