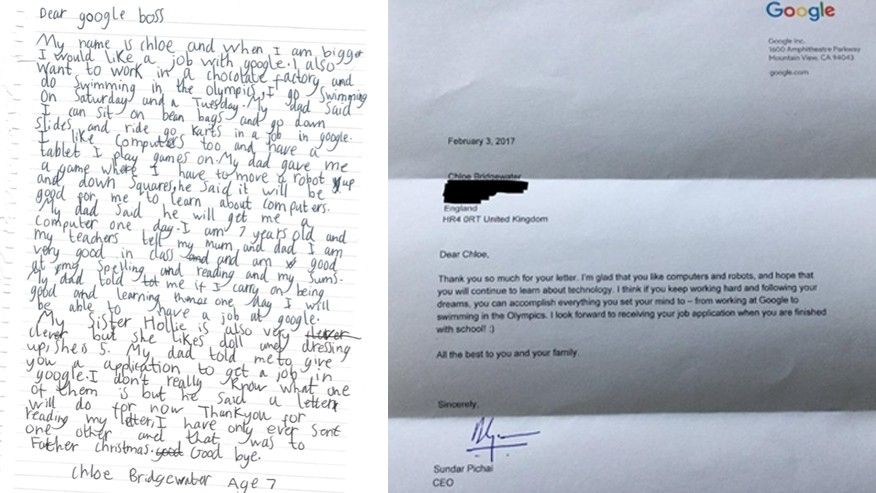 A 7-year-old girl got a head start into her career with an endearing letter to the “Google Boss.”

Chloe Bridgewater, who lives in Hereford, England, loves her tablet computer and robots. When she found out about Google – and the perks of working there with slides, go-karts and bean-bag chairs – she knew she had to work there.

Her father Andy told Business Insider that he told Chloe to “get the ball rolling” and send a letter to the tech company to see about a job.

The letter begins with “Dear Google Boss” and goes on to make a pretty good case for the 7-year-old.

“My name is Chloe and I would like a job with Google. I also want to work in a chocolate factory and do swimming in the Olympics,” she wrote. 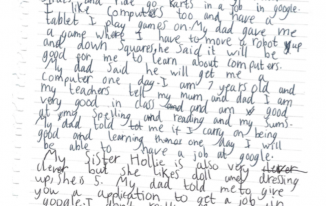 “My dad said I can sit on bean bags and go down slides and ride go-karts in a job in Google,” she continued before adding her love for tablets and robots. “My dad told me to give you an application to get a job in Google. I don’t really know what one of them is but he said a letter will do for now.”

Like any good cover letter, Chloe gave herself a boost, saying she does well in class and gets good grades.

“My dad gave me a game where I have to move a robot up and down squares, he said it will be good for me to learn about computers,” she wrote.

She concluded with: “Thank you for reading my letter. I have only ever sent one other and that was to Father Christmas. Good bye.”

Much to their surprise, the CEO of Google, Sundar Pichai, sent a short response. Andy shared the photo on LinkedIn and it has gone viral.

Pichai told Chloe to keep learning about technology and to follow her dreams – from a job at Google to swimming at the Olympics. 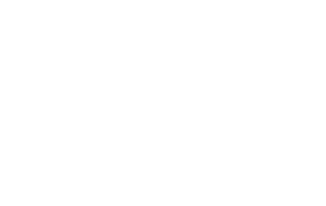 “I look forward to receiving your job application when you are finished with school!” he wrote.

Google has confirmed that the letters between the tech CEO and young girl are real.

Chloe’s father said on his post that she is now even more eager to do well at school and work at Google after receiving the letter.

“Can’t thank such a busy person enough to take time out to make a little girl’s dream become one step closer, although not sure she’s fully aware that it’ll take more than riding go karts and sleeping in pods to make it with Google!” he wrote.