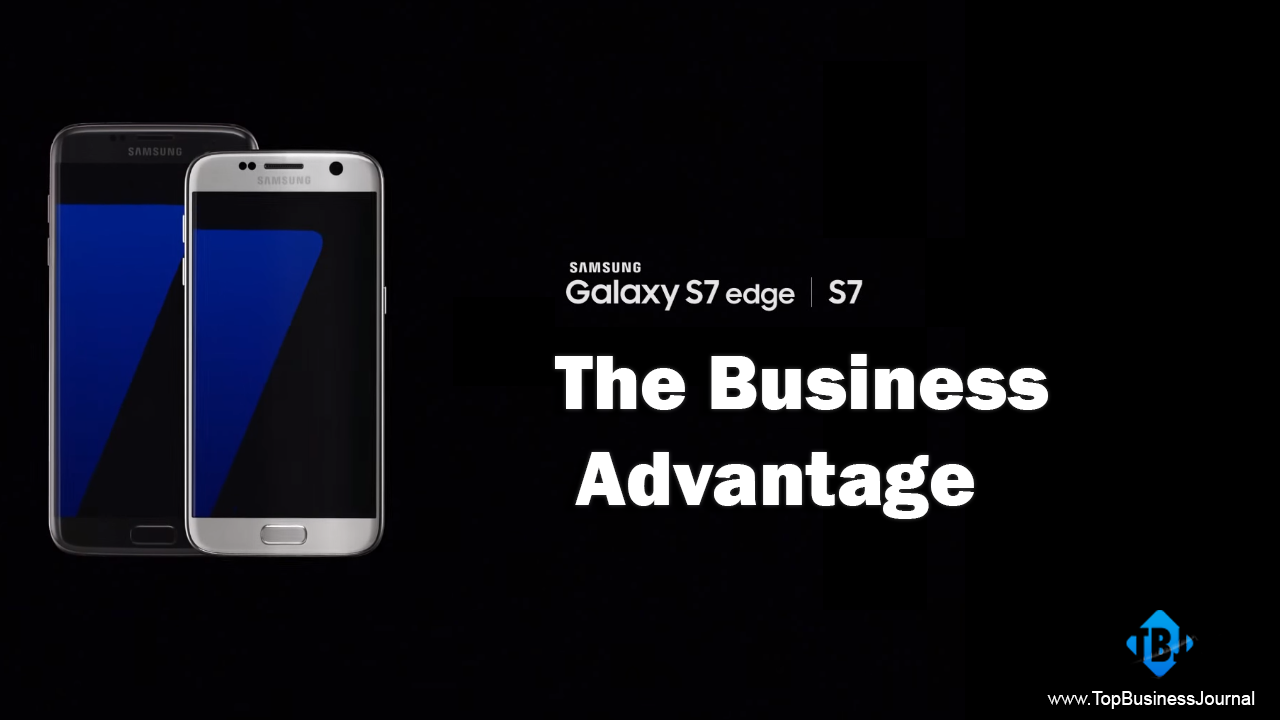 The premium Galaxy S7 and S7 Edge are water and dust resistant. They are able to stay in water up to 30 minutes and a depth of 5 ft without any damage to their design and functionality. Workers and business owners do not have to throw their hands up in despair with a dropped jaw when the phone comes into contact with water. In fact, the Galaxy S7 and S7 edge allows you to take them along on your holidays without worrying about losing the contents when you dive into the pool at the excitement of great news, or shoved into a pool during that surprise birthday party. Little Robert is no more a bother when he lingers around the aquarium with your phone in his hand. All your documents stay intact on the Galaxy S7.

Perhaps, the most important feature to the world of business. The value of security cannot be downplayed in the successful implementation of business strategy and to the overall success of a business. Samsung KNOX solution provides around-the-clock security against hackers and malware, enforced by regular updates. Additional security is provided by KNOX Enabled App where sensitive data is safely isolated and encrypted.

‘Time is money’ they say, but ‘speed is profit’ another man puts it. Running on powerful processors, Galaxy S7 and S7 Edge run smooth and fast, handling every bit of the additional data on the microSD card slot which takes up to 200 GB with confidence.

The Galaxy S7 & S7 Edge are the perfect phones available today that are able to capture precious moments in crisp and vivid images even in lowly lit environments. They are the first smartphones that own the night. With such high picture quality, business just got better. Digital media marketing got easier with an S7 in hand. Images play a big role in digital marketing and millions are spent by businesses in order to get the right quality of images out in the public to associate with their brands whilst effectively communicating the message. You can quickly take a shot of a product, scene, report, and send to co-workers or boss no matter the lighting condition of the environment

Smartphone users have had to deal with charging their phones often and for longer periods, a practice the business world does not hope to stay forever. The Samsung Galaxy S7 and S7 Edge, even with a bigger battery, charging is still fast with the Fast Charging feature guaranteeing users of an extended use of their devices. This is definitely a boost for workers, who do not have to carry chargers along to work. Longer battery life allows you to do more!

So if you thought smartphones are designed to satisfy the unending desires of college students and teens, you’ve got to rethink what a phone can do. Business just got better and easier with the Samsung Galaxy S7 and S7 Edge.

Continue Reading
Advertisement
You may also like...
Related Topics:Business, samsung Ghana s7, samsung s7, samsung sa7 edge in ghana, what to invest in

Amazon firestick could burn out DSTV and other Local TV stations in Ghana
China’s Huawei ‘Growing Up’ To Become The World’s No. 1 Smartphone Brand
Advertisement
To Top