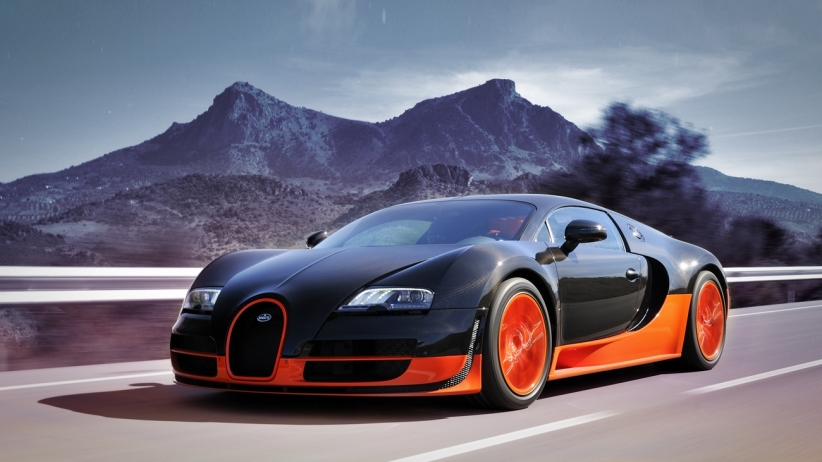 When you think about making a million dollars, does it seem like a far-fetched goal? Is it something you want to accomplish but just can’t picture happening? This was the case for my friend Ryan Moran — until his 26th birthday, when he made his first million dollars. Today, at 28 years old, his business generates roughly $500,000 per month.

I was curious what shifts took place that allowed someone so young to go from dreaming of making a million dollars to becoming a multi-millionaire in just a few short years. He told me me, “Making your first million is easy — if you do these five things.”

Related: 4 Steps People Who Weren’t Born Rich Can Take to Get Rich

1. Surround yourself with people who will stretch your mind.

Since Ryan was a little boy, he has dreamed of owning the Cleveland Indians. Now in his 20s, he realized that in order for him to turn his dream into a reality, he would need to come up with roughly $500 million. For most people, the though of having $500 million liquid to buy a professional sports team is way beyond the range of what is possible. It was for Ryan too — until he started surrounding himself with people who already played at that level.

He explained that, “You can imagine what it will take to accomplish that type of a goal and by having people at that level as your advisors, they can tell you exactly what you need to do. It may be just a subtle shift in one part of your business, but suddenly what you thought was potentially impossible becomes realistic.”

It was that concept of demystifying the impossible that inspired him to host a live event that would bring the people who inspired him together with the goal of helping the next generation of entrepreneurs.

What is your dream that is so big that the thought of accomplishing it seems impossible — and maybe even scares you? Do you think you would be more likely to accomplish it if you had a group of advisors who were already playing at that level? If so, take action on forming relationships with them, and let them guide you the rest of the way.

As you surround yourself with the right people, you will need to work on upgrading your mindset. Part of this will require you to recognize your limiting beliefs and re-frame those thoughts. Ryan shared, “When you feel like something is impossible, recognize that it’s just the story that you are telling yourself that makes you perceive it to be impossible and not the action itself.” Then it is just a matter of rewriting your story.

To rewrite your own story, ask yourself, “What are the things in my life that scare me and stop me from taking action? Is it the action that really scares me, or is it a false perception that is holding me back? How can I take action and move through it in spite of that fear?”

Related: 5 Habits of the wealthy that helped them get rich

Big opportunities open up when you building relationships with the right people, invest your time in your highest leverage activities and are a person who solves problems. Break out of the old mindset of thinking that you have to work harder or find a higher-paying job, and start developing the habit of incorporating these three things in your everyday life.

The easiest way to fast-track your path to a million is to charge more for your products and services. However, when you tell someone to raise their prices, they often push back and say that the market doesn’t allow for that type of increase. This is where you have to choose your customer wisely.

The price a customer is willing to pay is directly tied to the amount of value they receive. If your services deliver a 10 percent sales increase to company that does $1 million in revenue, then you brought $100,000 in value. If you deliver the same 10 percent increase to a $100 million company, your value is exponentially higher. Would the first company pay you $250,000 for your services? No way. Would the second? It is quite possible.

Sometimes what stands in your way from exponential growth is not you or your product. It’s the customer you are targeting. Ryan learned this lesson the hard way. For a few years he had been teaching his business model to people who wanted to start their own companies and was charging $1,000 for this information. A few years later, one of his students was teaching the exact same content but targeting a different group of people charging $100,000!

Ryan realized that he approaching his target market trying to get as many of they to say “yes” as possible, instead of positioning himself as a solution to the elite segment of his market and aligning his pricing accordingly.

The result? He found a select group that was willing to pay 50-times more than his original rates. You will find your path to a million dollars a lot easier if you choose your customers wisely.

Related: How to get your first 3 paying clients

5. Invest for the long term.

So many people go for the fast and easy win. While this may work for some, you will find that results come a lot faster when you invest for the long term. I’m not just talking about stocks and real estate. I’m talking about how you spend your time, the people you hire, the relationships you build, the products you develop and the structure of your company. These are all investments.

As Ryan tried to grow his business, he realized many of his struggles were because he was making decisions based on short-term results. Then he made a conscious decision to focus on what would be best for the long-term focus. As a result, he was able to attract better clients who he could actually serve and add real value to, which allowed him to raise his prices. This was when he broke the million-dollar mark.

How much money are you leaving on the table because you are not planning out far enough and laying the foundation for long term success? Incorporate these five steps, and you may find that making your first million is easier than you originally thought.