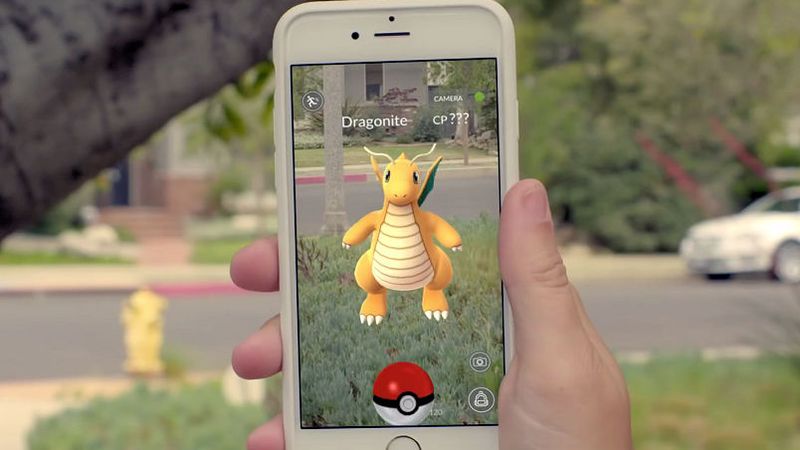 Why is everyone suddenly talking about Pokémon?

That’s the question I’ve been asking myself after navigating a Pokémon-related social media hailstorm the last few days, complete with witty tweets and jokes, and even great videos.

I like Pokémon. I played with the cards as a kid — the game is 21 years old. But I was perplexed recently to see everyone talking about Pokémon Go, a new mobile game that seemed to come out of nowhere. (It has actually been in the works for some time.)

So, while most of America started a quest to “catch ’em all” — that is, capture all the pretend Pokémon in the game — I set out on a different quest, a quest to figure out what in the name of sweet baby Pikachu this Pokémon Go was and where it came from.

What is Pokémon Go?

It’s a new mobile game, free on both iOS and Android, that lets you create an avatar that can catch, train, trade and battle Pokémon characters inside the game.

That sounds familiar. Isn’t that the premise of virtually every other Pokémon game?

Yes, kinda. What makes this game unique is that it uses your phone’s location services and camera so that you can catch Pokémon in real life. That is, when you walk around the streets of whatever city or town you live in, your avatar moves inside the game. So finding new Pokémon and checkpoints for the game actually requires you to get off the couch and walk down the block.

How does this work?

The game uses Google Maps technology to place your avatar on a virtual world that mirrors your real life surroundings. When you find a Pokémon, the game uses augmented reality to make it look like whatever Pokémon you’ve stumbled across is indeed standing right there in front of you.

Here’s a YouTube video that gives you an idea of what I mean:

Nintendo and the other creators of Pokémon teamed up with Niantic Labs to create the game. The former company was born inside Google; its founder, John Hanke, was a key leader of its Geo products (Google Maps, Earth). After moving to leave Google in 2010, Hanke was lured to stay with funding for Niantic, a skunkworks project to build mobile AR tools using Google Maps technology. Niantic’s first effort, Ingress — an augmented-reality, massively multiplayer, location-based online game — cultivated a small but very dedicated following. Niantic spun out of Google in the fall, yet the search giant stayed involved, participating in a $30 million investment for developing Pokémon Go.

Is there a good reason you’re telling me all about this now?

Sort of! For starters, it’s the talk of the internet at the moment, and the technological elements around AR and location are getting a lot of attention. Plus, this game is helping the idea of AR move mainstream, so you may stumble across references to it in places you didn’t expect to. Like when Washington state’s Department of Transportation tweeted out a plea so people wouldn’t go “Pokémoning from behind the wheel.” Plus, Nintendo stock was up 10 percent Friday, thanks to the game’s immediate popularity.

What’s the weirdest thing that’s happened with someone playing Pokémon Go so far?

I’m glad you asked. A 19-year-old Wyoming woman found a dead body while looking for Pokémon near a river by her house. Pretty absurd.

China’s Huawei ‘Growing Up’ To Become The World’s No. 1 Smartphone Brand
4 Ways Online Banking Benefits You And Your Business
Advertisement
To Top