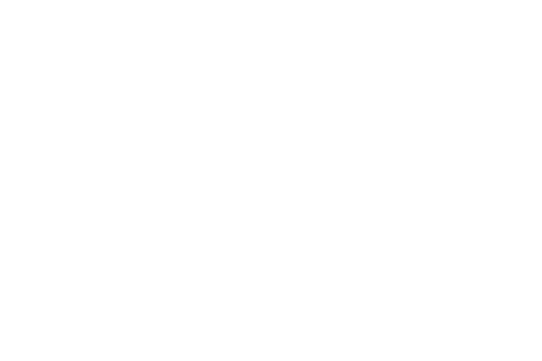 “The wheel always turns” is a popular cliché that aptly describes the cyclical nature of the credit and business markets. It also describes one of life’s truths, in that many a time, you find yourself in the exact same place as you started.

The new rule requiring licensed banks in Ghana to increase their minimum capital levels to GHS400 million by December 31, 2018 has received mixed responses. Advocates of the directive point to an increase in capital buffers to absorb possible external shocks and trading losses.

Notably, the new rule is risk-based, which means that banks will be expected to hold both minimum capital and additional buffer capital to reflect the risks inherent in their portfolios. This approach is consistent with the principles of the Basel framework, an international regulatory risk management framework for banks.

Additionally, advocates cite the potential for bank consolidations, positing that the banks that survive will be in a stronger position to underwrite higher ticket transactions and achieve economies of scale. Critics on the other hand, decry the “one-size-fits-all” approach to Bank regulation. Not all banks need to be big, they argue. Furthermore, they contend that local banks will struggle to independently meet the new requirements, resulting in a banking sector that is dominated by externally–controlled banks.

Related: Microfinance institutions are failing and this is why

There are compelling reasons to side with or against the arguments being advanced. However, there are other topical matters that the banking industry and businesses in Ghana need to confront, as the higher capital requirement is not an end in itself. A bank’s ability to withstand operational and financial losses undoubtedly improves as it increases its capital.  Nevertheless, doing so does not necessarily reduce the incidence of non-performing loans or the severity of trading and operational losses. After all, Northern Rock, a British Bank and Countrywide Financial, an American Bank, both high-profile casualties of the last Credit downturn in 2008-2009, were big banks with share capital levels of £124 million and $2.4 billion respectively at the beginning of 2008.

In their role as regulators, Central banks often face a dilemma balancing the need for a competitive banking sector with the additional supervisory demands a sector with a large number of banks presents. This is exacerbated by a scarcity of professionals experienced in modern banking supervision. In particular, having several small banks which lack the wherewithal to withstand modest shocks to their business also presents a risk to depositors. With the banks’ low capital bases, there is an increased risk of systemic failure, which occurs when the imminent or actual collapse of a single distressed bank adversely impacts the perception of stability of other banks, all of which are interconnected. Eventually, this could result in a cascading failure of several banks. It is for these reasons that some financial institutions in jurisdictions such as the US, UK & South Africa are tagged as “too big to fail”. The rationale is that these banks are so large and so interconnected that their failure would be harmful to the broader financial system. As a result, they must comply with more stringent regulatory requirements and be supported by the Government and the Regulator when faced with potential failure.

Unlike some countries which require different licenses for different classes of banks, all banks in Ghana are issued with a Universal Banking licence. This license regime partly explains the seeming “one-size-fits-all” approach to certain aspects of bank regulation, such as the minimum paid up capital requirement. But should that be the case? Comparing Ghana to other developing countries such as Nigeria and South Africa provides interesting perspectives. The Central Bank of Nigeria for example, classifies Banks as Regional, National or International, and varies the scope of permissible activities and required capital levels accordingly. Furthermore, eight large banks have been designated as Systemically Important Financial Institutions, (SIFI). This designation imposes an additional set of specific rules, including higher minimum capital levels consistent with their size, international reach and scope of business operations. The South African Reserve Bank (SARB) does not distinguish between bank licenses, but it sets different capital requirements depending on the bank’s activities. The SARB also further prescribes a Domestic Systemically Important Bank buffer (D-SIB), which is specific and confidential to the five banks that have been designated as such.

Aside from regulation, behaviours must change radically on all sides. Without a fundamental shift in the approach to credit origination, a drastic change in bankers’ posture towards problem credits and an uncompromising stance on taking corrective action in response to early warning signs of credit distress, the incidence of elevated bad loans is likely to recur in the future.   A cursory look back at many of the large debtors across the sector at the peak of the credit cycle reveals several common worrying themes  – high leverage and weak balance sheets; bi-lateral facilities across multiple banks, with limited visibility on borrower behaviour across the respective banks; inadequate shareholder financial support; collateral with aggressive valuations, poor disposal prospects or limited alternative uses;  businesses within a diversified group, with a dominant “cash cow” that supports the other weaker affiliates, mismatches between the currency of indebtedness and the currency of revenues,  among other deviances.

Equally, borrowing companies will need to improve their operational and financial management practices in order to achieve sustainable growth. Budgeting and cash flow forecasting disciplines must become entrenched, as must adherence to financial reporting, regulatory and tax requirements.  Shareholders, who are the “residual claimants” in the business, need to step up and support their businesses. This support includes seeking external equity investors to support the business through its early-stage endeavours until ample cash flow is generated to service any borrowings consistently. Further, they should avoid regarding banks as the only lifeline in times of distress. Corporate governance principles need to be adopted and supported by a more robust and modern legal paradigm.

Several corporate laws in Ghana are notably antiquated, with laws such as the Companies Act (1963), and the Bodies Corporate (Official Liquidations) Act (1963) desperately in need of an update to reflect the transformation in the domestic and global economic landscapes.  Many industries globally have been severely disrupted by the ongoing digital revolution.  As a result, the Government, regulators and banks will need to carefully determine the optimal mix of policy interventions, regulatory provisions and capital allocation options to promote a sound and sustainable financial sector and make Ghana a more competitive business jurisdiction.