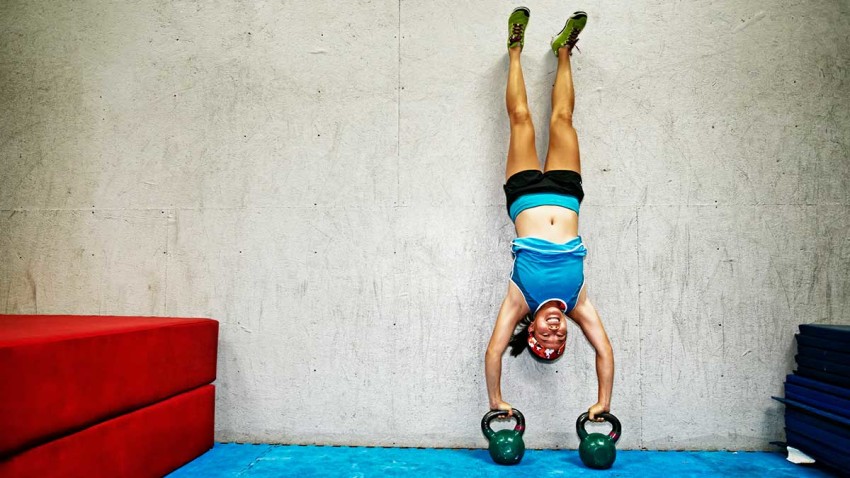 David “Big Papi” Ortiz retired in 2016 as one of the best baseball players in Boston Red Sox history. Papi was known for his exceptional at-bats, hitting over 540 home runs in his career. Each time Papi approached the batter’s box, he rested his bat against his legs, spat on his right hand, and clapped. This ritual placed Papi among a group of exceptional athletes, performers, and public speakers who all engage in pre-performance rituals. These rituals aren’t limited to the rich and famous: Over 45% of people report performing a ritual before completing a stressful task. But a zany, irrational ritual can’t actually improve performance, can it?

In a series of experiments, I investigated this question with Juliana Schroeder, Jane Risen, Francesca Gino, Adam Galinsky, Michael Norton, and Maurice Schweitzer. We tested whether pre-performance rituals can improve performance by reducing anxiety. A considerable amount of literature demonstrates that feeling anxious worsens your performance on a variety of tasks, including athletics, mathematics, and negotiation. A smaller body of evidence suggests that rituals — though often characterized as being superstitious, magical thinking or offering an illusory sense of control — may be able to mollify feelings of stress and increase your sense of control.

To test our hypothesis, we conducted four experiments in which participants performed a ritual before completing a stressful task. In the first experiment, 85 students were asked to sing Journey’s “Don’t Stop Believing” in front of an audience of their peers. Before the performance, half of the students were asked to perform a random ritual that we invented: Draw a picture of how they were feeling, sprinkle salt on the drawing, count to five, crumple the paper, and throw it in the trash. We then measured participants’ performance on the singing task, their heart rate, and how anxious they were feeling. Participants who completed the ritual sang better, had significantly lower heart rates, and reported feeling less anxious than participants who had not performed the ritual.

Our first experiment provided preliminary evidence that rituals can improve performance, but we wanted to dig deeper. We proposed that if rituals are effective because they reduce anxiety, performing a ritual should only improve performance in stressful situations. We also suspected that calling a behavior a “ritual” would make it a better performance enhancer than calling it a “series of random behaviors.” To test our predictions, we asked participants to complete a difficult math task. In the second experiment, we told half our participants to think of the math test as “fun,” while the other half were told it was a “very difficult IQ test.” Participants were randomly assigned to perform a ritual or not. In our third experiment, all participants were asked to complete the very difficult task, but some were told their pre-performance behaviors were random, whereas others were told they were a ritual. Our findings supported our hypotheses: Performing the ritual improved performance in the high-anxiety condition but not in the “fun” condition. And performing a “ritual” conferred a bigger performance boost than performing “random behaviors” (even though everyone completed the same series of random gestures!).

In a final experiment, we tested whether pre-performance rituals are effective due to imbuing a sense of control. Eighty-nine adults were asked to perform a “ritual” or a series of “random behaviors” before completing a stressful math test. After the test, we measured how anxious and how in-control participants felt. Participants in the ritual condition did not report feeling more in control, though they did experience the anxiolytic effect and performance boost observed in the other studies.

Alison Wood Brooks is an assistant professor at Harvard Business School. She teaches negotiation in the MBA and executive education curricula and is affiliated with the Behavioral Insights Group.

Continue Reading
Advertisement
You may also like...
Related Topics:Business, David big papi ortiz, david ortiz, high performing athletes, how to deal with fear, how to develop career, how to improve performance

Career Advice For My Younger Self: What I Wish I Knew When I Was 20
15 Quick Tips to Get Hired Fast
Advertisement
To Top