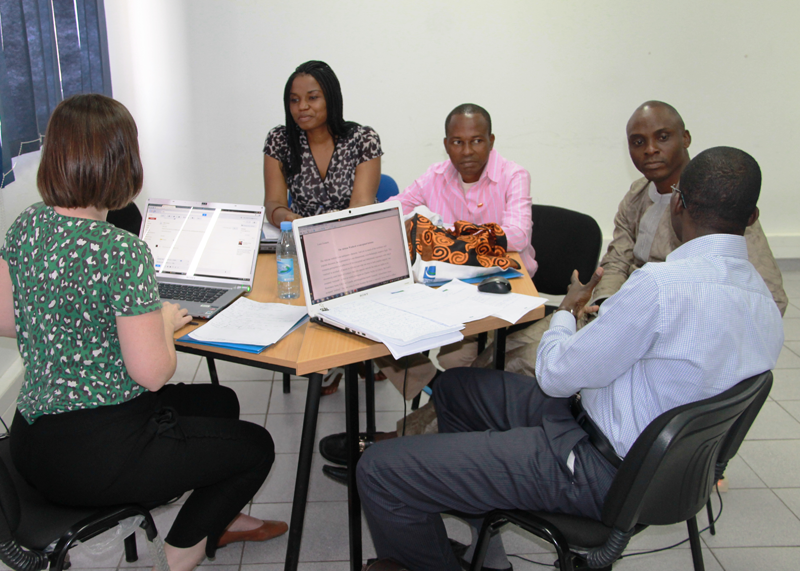 “Research indicates that workers have three prime needs: Interesting work, recognition for doing a good job, and being let in on things that are going on in the company.” – Zig Ziglar.  To employ and retain good employees is essential to the success of every business -big or small

After interacting with a good number of people who changed jobs in the pasttn  few years I’ve been able to put together some points which will be helpful to employers who want to retain good workers and bring out the best in bad workers.

If you’re not yet an employer you should still arm yourself with this information. You can subtly pass it on to your employer (hopefully), or who knows, you may become an employer yourself. The points are listed below.

Decisions made by management will sit well with employees if they are involved in the decision-making process. It’s actually a matter of expediency. Workers usually have a better understanding of what they need to boost productivity than the employers do.

Seeking the opinion of your employees is for consensus building. Your workers will be happy you consulted them. It’s a win-win situation.

Workers find it easier to take an employer’s instructions if the employer leads by example. Employees feel discriminated against when superiors don’t adhere to the same standards they preach. Besides it’s easier to whip subordinates in line if the leader is first to toe the line.

Employees won’t argue over rules which are obeyed by even their superiors. It’ll result in less tension at the workplace.

“Brains, like hearts, go where they are appreciated.” -Robert McNamara

The reward system is not only efficient in classrooms; it works perfectly in the workplace too. Rewarding your best workers will motivate them to work better and other workers will feel compelled to work harder.

A workplace without a reward system is soon to lose its best workers and employees will only give their barest minimum if extra effort is not appreciated.

Big multi-national companies such as Google and Facebook have working environments designed to have a positive effect on the psyche of their employees. Scientific research has shown that the surroundings an employee works in greatly affects his/her output.

The manner in which an employer relates with employees is also a factor as vital as the surroundings. Maintain a cordial relationship with workers. If workers look forward to coming to work they’ll eventually look forward to staying longer.

“Employees who believe that management is concerned about them as a whole person – not just an employee – are more productive, more satisfied, more fulfilled. Satisfied employees mean satisfied customers, which leads to profitability.”- Anna M. Mulcahy

Workers will stay longer if they have an employer who is sensitive to their needs. The best way to get close and personal with employees is to partake in their work as a team member and not just as a boss giving instructions.

If your subordinates start seeing a friend in you, they’re likely to stick around longer.

It’s in the best interest of employers to allow employees as much recreational and sleep time as possible. Well-rested workers produce better and have higher work satisfaction, that’s an established fact. It’s bad math to equate long working hours with higher productivity.

As fatigue sets in, workers produce less. But less productivity won’t be the only problem you’ll have to deal with. If you take away the private lives of your workers, they’re eventually going to leave.

The goal of a good employer should be to provide employees with a wonderful experience at work because a happy worker is a good worker. This is one sure way to retain good employees.

Continue Reading
Advertisement
You may also like...
Related Topics:Business, employee productivity, how to retain good employees