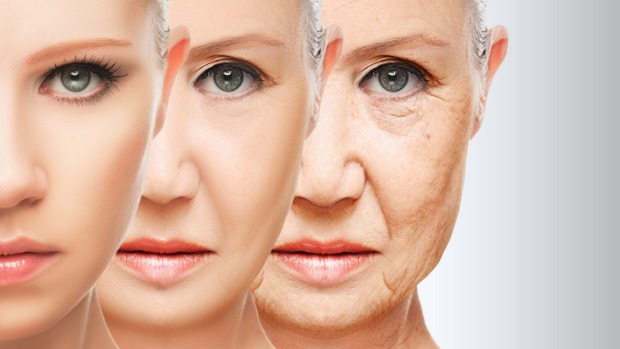 The boundaries of science and the quest for youthful skin and beauty have been stretched once again. This time it is a promise for a youthful skin, no matter your age. Imagine being able to hide wrinkles, eczema, black spots, and scars on your skin.

There are countless lotions and potions that promise youthful skin.  Now there’s something that may make the wrinkles under your eyes disappear instantly. It’s like magic but isn’t magic. It’s chemical engineering.

Researchers at the Massachusetts Institute of Technology and Harvard University published a report in the journal of Nature Materials on Monday about a product that can take some of the signs of aging away — at least temporarily.

The “second skin” is made from common chemicals that have been deemed safe by the U.S. Food and Drug Administration. This topical solution forms an invisible elastic film that is easy to apply straight on the skin.

The film was tested in a small study consisting of 170 participants. No one has reported an allergic reaction to the film, which is a polymer composed of an atom of oxygen with two atoms of silicon that repeats to form a large molecule.

A team of scientists was inspired to create a product that treated and coated the skin and could possibly be used for cosmetic and medical purposes, said Daniel Anderson, a chemical engineering professor at MIT who was a involved in the study.

Although the effects of aging like wrinkles under the eyes and on the forehead are minimized with the wearable polymer, the film can also help treat a handful of skin conditions like eczema and psoriasis by protecting dry, patchy skin, keeping it hydrated and covered.

“We hope this can be used for many different things,” Anderson said. “For example, if you need it for a large area of skin you might put it on like sunscreen, or you might be able to apply it with your fingers.”

Participants in the study were able to apply the polymer like a lotion, with their fingertips. Anderson tried it on himself, but only on his forearm to see how the product dried.

There is a two-step application process for the product, Anderson explained. First, a clear liquid is applied, but at this state the film is not that strong. Depending how the product is being used, like whether it’s going to treat wrinkles or something that needs more structural support, scientists can add another product, a secondary lotion, which makes the film stronger.

The film takes only a minute to dry. Users don’t have to worry about sweating or washing the film off after application. A special solution was created to help the film easily dissolve off the skin. However, Anderson said one could just let the film fall off the skin in a few days, too.

“My experience is that after a couple of days the edges will come up like a piece of Scotch tape and you can pull it up,” he said.

The film’s ability to make the skin seem firmer is a key to cosmetic skin treatment, said dermatologist Robert Anolik, who was not involved in the study. He has a practice in New York and sees many patients who struggle with wrinkles.

He’s also excited about the the possible medical uses for the product. The very top layer of our skin retains moisture. But sometimes that skin can weaken and break down, which can cause irritation and make it look unattractive, Anolik said.

He said he thinks this film can function as a secondary barrier for people with drying skin conditions and it can also help with drug delivery to the skin.

“Think about how topical cortisone is applied to the skin. Most of that medicine might rub off on our bedsheets or our clothes, but this will allow medication to stay on topically,” Anolik said.

People with certain skin conditions sometimes use petroleum jelly, or a wet cloth or even plastic wrapping to help protect their skin, which may look bad or be uncomfortable, Anderson said. That’s why the team of researchers thought the film could have protective qualities that can keep the skin from drying out.

The film’s polymer technology isn’t a new idea, Anolik said. “This concept has existed for a while… we just needed a team that could make that happen,” he said. “This has a huge use for cosmetic dermatology.”

But it may take a while to get your hands on this wrinkle-disappearing film.

Anderson, who is one of the founding business members of Living Proof, a privately owned biotechnology company in Cambridge, Massachusetts, that funded the research, expects the product to be on the market in a few years.

Richard Glogau, a clinical professor of dermatology at the University of California San Francisco, has tested a similar polymer-based product and said the technology definitely works. Thanks to its thin application, the film looks natural and feels basically like firm skin, he said.

“Once applied, the polymer begins to tighten up. It sort of looks like Spanx for the skin,” he said, referring to the popular slim-fitted body shapers.

Similar to Spanx, the film is only a temporary fix. “There isn’t a topical treatment that can get rid of wrinkles,” Glogau said.

The Wedding Wahala; Costs and Benefits.
3 Things You Should Never Carry in Your Wallet
Advertisement
To Top