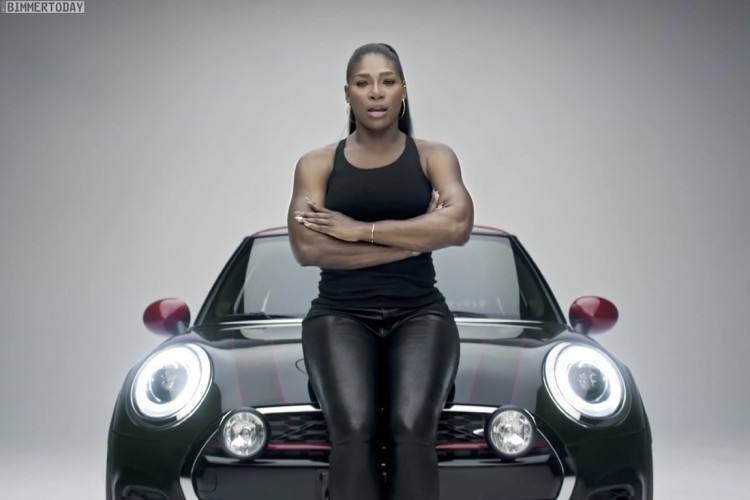 Serena Williams tops Maria Sharapova as the highest-paid female athlete in the world.

This article originally appeared on Forbes, by Kurt Badenhausen Serena Williams lost the French Open final Saturday to Garbine Muguruza. It marked her third failed attempt to win a 22nd singles Grand Slam title, which would tie the Open-era record set by Steffi Graf. Williams was extremely gracious in defeat as she addressed the crowd at Roland Garros in French. The tennis icon can afford to be gracious these days: She earned $28.9 million over the past 12 months. That makes her the world’s highest-paid female athlete over that span, unseating Maria Sharapova, who had held the title the past 11 years.

A drug suspension dinged Sharapova’s earnings, but Williams was likely to grab the title of top-paid female athlete even with Sharapova not sidelined. Williams, 34, has dominated her sport for a decade and a half. She won her second Grand Slam in 2002 and has added 19 more since then. Her career prize money of $77.6 million is more than twice as much as any other female athlete.

Her late-career tear has made Williams a compelling figure for marketers. She ranks second among active athletes, behind only LeBron James in the U.S., on Repucom’s CelebrityDBI, which tracks consumer perceptions of celebrities based on awareness, as well as seven attributes. Her 89% awareness level ranks in the top 3% of the nearly 4,000 celebrities Repucom follows, and she scores highly on the aspiration and influence attributes in particular.

Williams added a new deal with JPMorgan Chase last year to be one of the faces of Chase ’s Mastery campaign, which highlights the bank’s digital products. “There are a number of factors we take into consideration as we’re evaluating potential partnerships. Serena’s excellence on court, her work in the community and her following in pop culture are a few things that set her apart and are complementary to our brand,” says Frank Nakano, head of Sports and Entertainment for JPMorgan Chase.

Chase renewed their deal in 2016 for a campaign that also features the NBA’s Stephen Curry. “Serena is one of the most dominant and recognizable female athletes of all time and she helped create one of Chase’s most memorable campaigns to date,” adds Donna Vieira, Chief Marketing Officer for Chase Consumer Banking.

Williams’ triumphant 2015 tennis season included a trio of Grand Slam titles and only three losses in 56 matches. The wins and year-end No. 1 ranking triggered lucrative bonuses from sponsors like Nike and Wilson. She also banked several million dollars through appearance fees from the Indian Premier Tennis League and events in New York, Puerto Rico and Belgium.

Gatorade has a long-time relationship with Serena and the brand’s parent, PepsiCo, expanded their deal last year by using Williams to bring back the Pepsi Challenge, the successful ad campaign first launched four decades ago. Williams now counts more than a dozen brands in her endorsement portfolio, including Audemars Piguet, Beats Electronics, Burlei, Delta Air Lines, IBM, Kinder Joy, Mini and Wheels Up. Williams also has equity deals with the Home Shopping Network and Mission Athletecare, as well as a small stake in the NFL’s Miami Dolphins. Her off-court income is an estimated $20 million, including bonuses and appearance fees. 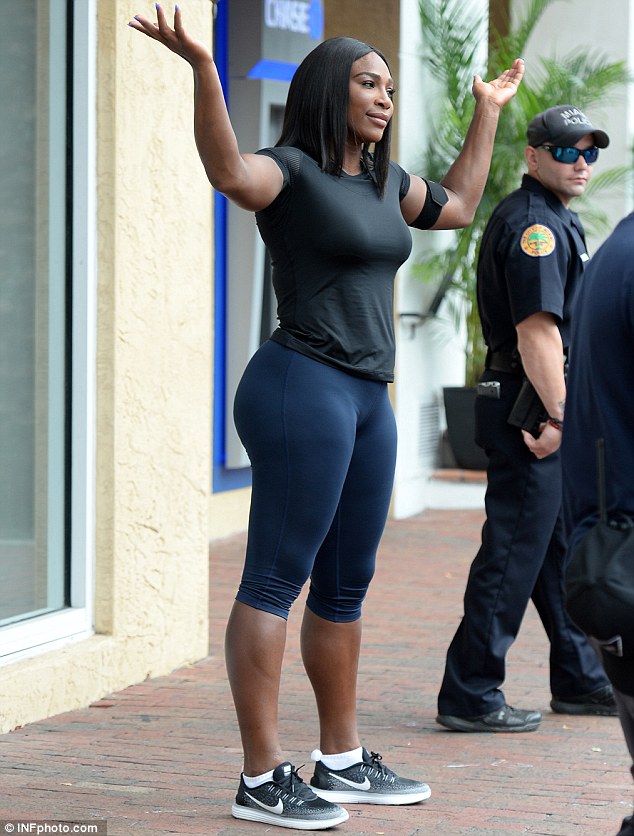 Williams is a champion for sponsors on social media as well. She had over 200 posts on Facebook, Instagram and Twitter over the past 12 months that promoted a brand. These posts generated $10 million in media value, according to Hookit, which tracks promotion types and quality, along with the number of interactions on social media for athletes. It is more than any other athlete on the planet outside of a handful of soccer stars and a few other global sports icons.

While Williams has been chasing history on the court, Sharapova has been in the news for all the wrong reasons in 2016. She shocked the tennis world in March when she announced she failed a drug test at the Australian Open in January for the recently banned substance meldonium. Sharapova said she took the drug for a decade for her health, and claims she was unaware that it had been added to the WTA Tour’s banned list as of January 1. Sponsors ran for cover, with Tag Heuer ending discussions on a renewal for a deal that expired in December. American Express did not pick up the option year on her deal signed in 2015. Nike and Porsche both suspended promotional plans with the Russian-born player, but importantly neither terminated their contracts contrary to some media reports. Other partners, including Avon, Evian and Head, stuck by Sharapova.

Sharapova’s off-court income is down only $3 million by our count over the last 12 months to $20 million since Sharapova receives much of her comp at the end of the year from sponsors. But her income will plummet over the next 12 months as brands like Nike and Head will get big reductions on their endorsement commitments because Sharapova will not play the minimum number of events in 2016 required under the contracts. Her penalty for the failed drug test is likely to be determined shortly and a suspension through at least the end of the year is likely. The biggest hit to Sharapova’s earnings for the past 12 months came on the court. Her prize money dipped nearly $5 million to $1.9 million. Her total earnings of $21.9 million rank second overall.

The top 10 female athletes earned $124 million over the last 12 months, flat from the prior year. Tennis players dominate the action with eight entries. It is a global group with women representing eight different countries. Our figures cover salaries, prize money, bonuses, endorsements, appearances fees and licensing income between June 1, 2015 and June 1, 2016.

Williams previously ranked as the top-paid female athlete in 2004. Sister Venus Williams and Martina Hingis reigned the five years prior. Sharapova has been on top since her Wimbledon breakthrough in 2004 led to a rash of sponsor deals.

UFC star Ronda Rousey ranks third with $14 million, up from No. 8 last year on earnings of $6.5 million. Her paycheck in the Octagon soared as she made $10 million for her two fights during our time period, including a win against Bethe Correia and a stunning loss in November to Holly Holm. 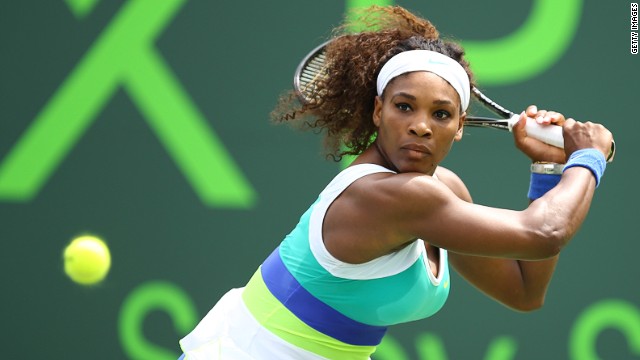 The loss hasn’t dimmed Rousey’s rising profile. She hosted Saturday Night Live in January in one of SNL’s best-rated episodes of the year, followed by an appearance in Sports Illustrated’s swimsuit issue the following month. She is set to star in remake of the 1989 movie Road House and is teaming up with Tina Fey for a film Do Nothing Bitches, a phrase Rousey coined last year and profited from when she sold 57,000 shirts with the phrase last August.

Her U.S. awareness level shot up from 24% in the spring of 2015 to 66%, fourth-highest among female athletes behind the Williams sisters and Nascar’s Danica Patrick. Corporate marketers have noticed and Rousey’s endorsement portfolio includes Reebok, MetroPCS, Bud Light, Buffalo Jeans, Monster Energy, Electronic Arts and Fanatics. She makes $4 million outside of UFC.

Rounding out the top five are Patrick at $13.9 million and Polish tennis star Agnieszka Radwanska at $10.2 million.

A newcomer to the list and an up-and-comer is the Spaniard Muguruza, who ranks No. 7 with earnings of $7.6 million. Her income does not include the $2.3 million from the French Open win and a lucrative bonus from sponsor Adidas since it occurred after our time cutoff. But she finished second in prize money last year with $4.5 million and was a finalist at Wimbledon, where she lost to Williams.

The Richest in Nigeria –Meet Nigeria’s Billionaires.
The Richest Man in the World
Advertisement
To Top