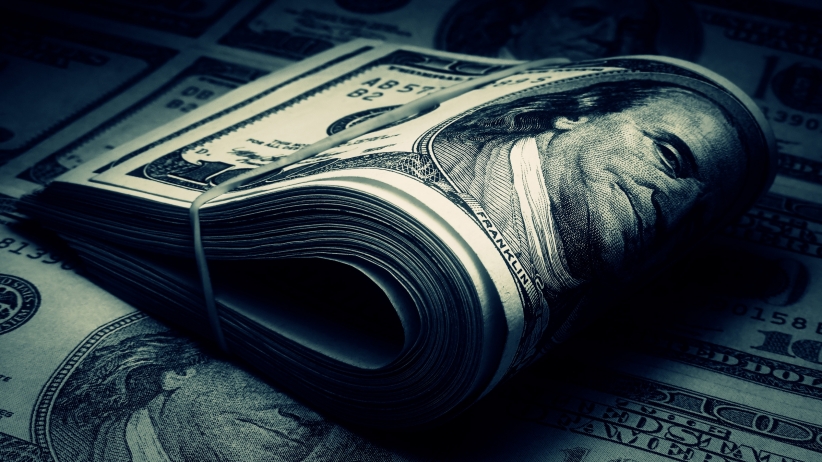 I came from a family where money was always an issue. My father was a union electrician who brought in a nice, but not exceptional, living. My mom was a stay at-home mom turned jobbie-entrepreneur (as I talked about here). But, money was always tight.

When my parents separated in my early teen years (and ultimately divorced), that put further pressure on their financials and assured that they wouldn’t be able to pay for my college education.

When I graduated from arguably the best undergraduate business school in the country, The Wharton School of Business at the University of Pennsylvania in 1995, I had an Ivy League education and $40,000 of college debt. I was determined that in less than eight years, I would go from being in that financial hole to having a net worth of one million dollars.

Probably the most important but overlooked part of attaining a goal is having one to begin with. A goal means a very specific, desired outcome, with a specific date of completion and a plan of steps to help complete it.

My specific goal was to make my first million by age 30. I chose that because of the stress that not having a lot of savings put on my family, and I didn’t want to have to deal with a constant state of financial chaos. I figured having a cool million in the bank would allow me to be able to take more risks, have more flexibility and lessen my stress.

Age 30 seemed like a good challenging goal but still reasonable. While the tech world makes some folks billionaires at a young age now, back in 1995, I didn’t have a beeper, let alone a cell phone or a smart phone. I didn’t own my own computer (I went to the school’s lab) and the only thing resembling the internet was one email list-serve that I was on until I was introduced to Netscape (look it up if you are too young to remember it) after I started my first job. So, a million dollars was a good stretch.

Having the goal was something to continue to work towards and provided a benchmark of sorts to evaluate different activities to see if they would further me reaching that goal.

Related: 4 Steps people who weren’t born rich can take to get rich

My next step was to find a job that would pay me the most amount of money (legally), while giving me a strong skill set that I could leverage down the road. I choose to go into the corporate finance side of investment banking, which paid me somewhere in the neighborhood of $85,000 my first year and well into the mid-to-high six-figures in subsequent years.

Not only did I pick the right job, I picked the right company to work for. While I could have gone the prestige route and taken a job at a company like Goldman Sachs, I picked a more boutique firm that had a meritocracy environment. I thought that there was a better shot at getting promoted and earning more in the out years in that type of company — which proved to be true.

Related: 10 Steps everyone must take to get rich

I worked like crazy. I would say that most weeks, I worked 16 to 18 hours a day, six to seven days a week. I pulled many all-nighters. I got on as many deal teams and live transactions as possible and learned as much as I could.

4. Advocate on your own behalf.

I didn’t let my hard work go unnoticed. I would remind our senior team and department members of all that I was doing and what my expectations were. When I thought that I was working at a higher level, I asked early and often for promotions. I was called a self-promoter, but I was also rapidly promoted. That increased my earnings substantially, especially having become a vice president by age 25 — a good six years ahead of schedule.

5. Keep overhead to a bare minimum.

My dad had a saying, “keep your nut low,” which meant to keep overhead expenses to as little as possible. While my colleagues got two- and three-bedroom apartments, I stayed in a studio apartment (I was barely ever there, since I was usually at work). My nightstand was a cardboard box with a sheet over it. I didn’t have cable television. I took the bus to work. I tried to eat at work whenever it was possible. When I went out, I calculated menu costs carefully and ordered accordingly.

This allowed me to save the greater majority of each paycheck and pursue the next step.

Back in the day, interest rates were substantially higher than they are now. While I don’t remember the exact rates that I paid, they were probably in the 6- to 9-percent range. That’s a lot of return to make up, so I took each paycheck to pay down my college loans after taking care of overhead.

I cleared those out by December of 1996, about a year and a half after graduating college.

7. Make investments and take a back end.

With my debt cleared, my earnings increasing and my overhead very low, I was able to start saving. And, a portion of that savings I started investing in retirement accounts, stocks and bonds (and related mutual funds).

As my career progressed, and my net worth started to substantially climb, then I was able to make additional investments. This included leaving my investment banking job after five years to start my own firm and taking equity stakes in companies. Had I stayed in my job, I probably would have hit the million-mark a year or two sooner, but I wanted to try to be more entrepreneurial — and I felt I could still hit the goal.

One of my equity stakes had a nice payday that helped to compensate for the loss in guaranteed salary and bonus from going a more entrepreneurial route.

Not everything worked perfectly along the route. One of my biggest setbacks was loaning nearly $40,000 to someone close to our family in 1997, just as I was starting to ramp my savings. He took off without repaying most of it. But, I decided to not focus on the loss and focus on the future and what I could control.

And that was it. By age 30, my self-made net worth reached and surpassed the million-dollar mark.

Monetary benchmarks weren’t — and still aren’t — my only goals, but this type of formulaic approach should work well for you, no matter what types of goals you are pursuing.