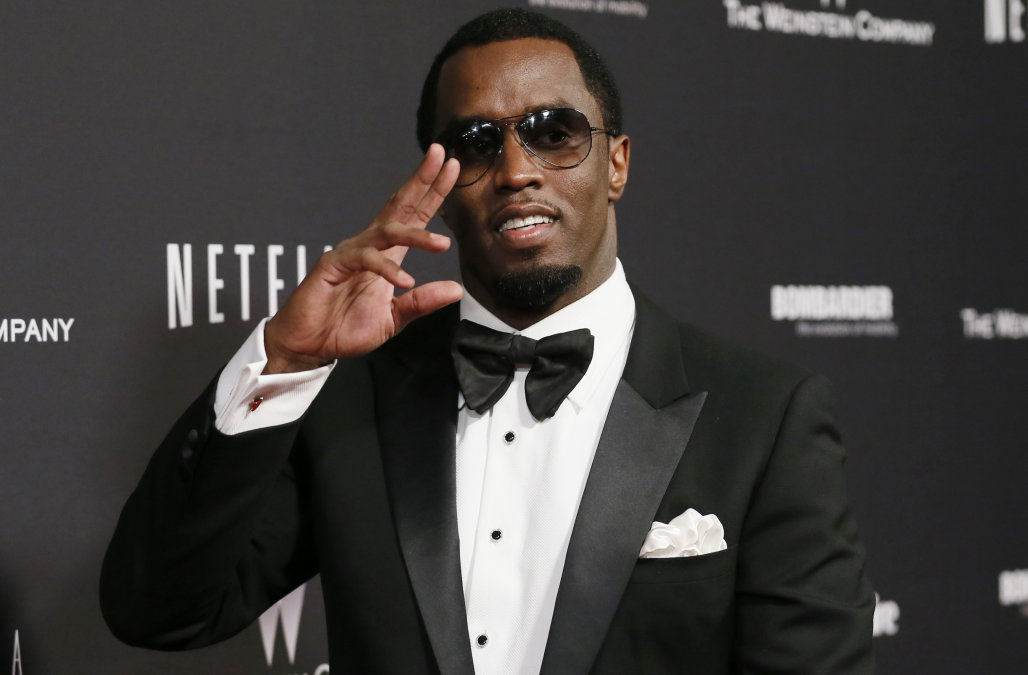 Sean “Diddy” Combs got his first job at age 12 delivering newspapers, nestling each delivery inside the screen door of every home instead of tossing it in the front yard. These days, he brings that same attention to detail with products like Ciroc vodka, DeLeon tequila and Aquahydrate water, involving himself in every aspect of the product down to the font of each logo.

“I’ve always understood that if I give the customers my best and service them differently, whether music, clothing or vodka, I’ll get a return on my hard work,” he recently explained to Forbes. Earnings from those brands – plus proceeds from his Bad Boy Reunion Tour and selling a chunk of his Sean John clothing line for an estimated $70 million – puts Diddy atop the hip-hop heap once again with total pretax earnings of $130 million in the 12 months to June.

Drake, the world’s most-streamed artist over the past two years takes the No. 2 spot with $94 million. Despite his gaudy recorded music numbers, the Canadian emcee made the bulk of his bucks on the road during his wildly successful Boy Meets World Tour. He also earns millions for shilling Apple, Sprite and Nike. Jay-Z ranks third with earnings of $42 million, and there’s more on the way: this summer he signed a new pact with touring giant Live Nation that will pay him $200 million through the coming decade.

Top 10 most bankable artists in Africa

Hip-hop’s top 20 acts earned a grand total of $619.5 million last year, up 38% from last year’s $448.5 million total. Even without Diddy’s $70 million windfall, overall earnings are up 22.5%, thanks in large part to hip-hop’s dominance in the burgeoning world of streaming: over the first half of 2017, it’s the most popular genre in terms of consumption, accounting for a quarter of all digital spins.

Our list reflects this new reality, particularly though the presence of newcomers like Chance the Rapper (No. 5, $33 million) and Lil Yachty (No. 20, $11 million). Though 24-year-old Chance has never sold a physical album, instead distributing his music freely via streaming services, he smartly uses musical ubiquity to cash in on festival gigs and arena dates, as well as deals with brands like Apple and Kit Kat. The 20-year-old Yachty, meanwhile, rode gaudy streaming numbers and 100 live dates to his debut as a Cash King.

Read also: The highest paid footballers in the world

Other big names include Kendrick Lamar (No. 6, $30 million), whose new album Damn. came out in April and soared to the top of the charts; the critics’ darling now grosses more than $1 million per tour stop. On the more pop-oriented end of the spectrum is DJ Khaled (No. 9, $24 million), boosted by six-figure DJ gigs and millions in earnings from deals with Champ Sports, Apple, Mentos and others.

“People probably thought I was crazy to just spend my last penny to invest in myself,” Khaled tells Forbes. “Now it’s paying off … one thing I learned is some investments might take years to kick in, and they are kicking in.”

Other notable names on the list include Cash Money Records founder Bryan “Birdman” Williams (No. 12, $20 million), who gets a boost from having three acts in the Top 20: the aforementioned Drake; Nicki Minaj (No. 16, $16 million), the only female rapper on the list; and Lil Wayne (No. 17, $15.5 million).

To create our list, we add up pretax income from touring, record sales, streaming, publishing, merchandise sales, endorsements and other business ventures. Fees for managers, agents and lawyers are not deducted. Earnings are calculated from June 2016 to June 2017 and based on data from Nielsen SoundScan, Pollstar, Songkick, Bandsintown and the RIAA, as well as interviews with inside sources and a handful of the artists themselves.

Meanwhile, the next generation of hip-hop stars – younger even than Lil Yachty – is already on the move. Khaled’s son, Asahd, turns one this fall but already has 1.5 million Instagram followers, closing in on his dad’s 7.7 million. Says Khaled: “My son got a Rolls-Royce already… a Rolls-Royce car seat.” – Written by Zack O’Malley Greenburg, FORBES STAFF