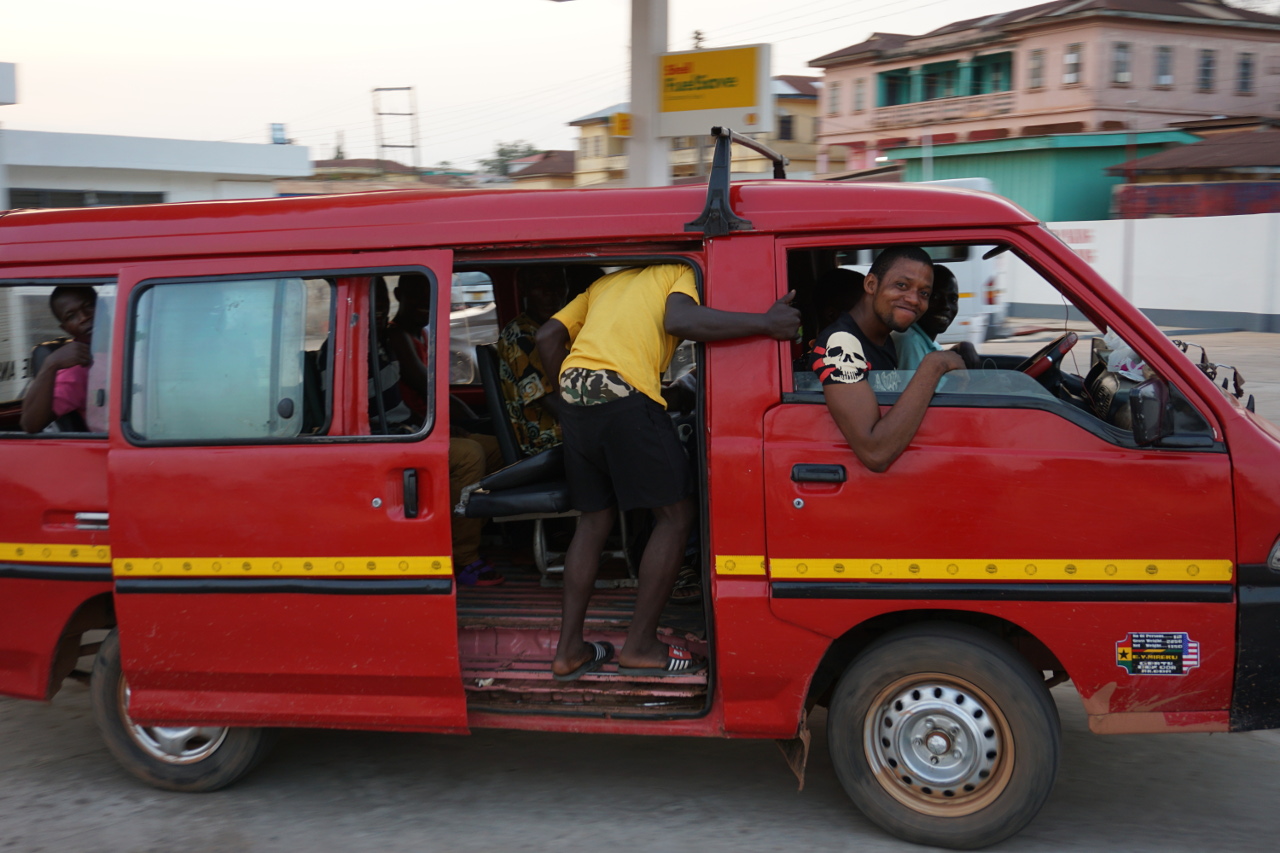 One of the least regarded jobs in Ghana is being a bus conductor, commonly known as “trotro mate”. I observed with keen interest, going back and forth with one mate, the crazy money collected from passengers. I wouldn’t like to be the observer account writer so I decided to speak to him.

This trotro mate I spoke to was a relative of the driver of a minibus. They both contributed to buy the bus and take turn driving and conducting. So what they actually do is to split the day’s earnings into two equal parts.

Related: Make money from taxi and trotro business in Ghana

He said the minimum rounds they go in a day is four, running from Circle to Tsuibleoo and vice versa. The minibus carries thirteen passengers and per passenger is GHC2.40. Even so, there are instances where they carry other passengers along the road.

“Back and forth once, we make a minimum of GHC80”, he said. “So in a day, we make roughly GHC250. That is if we go four rounds. We start around four o’clock at dawn and retire at ten o’clock in the evening, Monday to Saturday”.

According to him, the rounds depend on the car and traffic situation. He said he has family members back home so he sends half of his day’s earnings to them. They also reserve part of the total earnings for fuel and other expenses.

Related: Should you invest in transport or real estate? 5 things to know

Taking into account the minimum number of rounds in a day and the total split, the trotro mate makes at least GHC125 a day, summing up to at least GHC750 per week, holding GHC375, after he sends money home, for his expenses.

Though he may be a relative of the driver therefore earning half, it does not undermine the trotro mate who gets probably 20 percent of the day’s earnings. It is still a big take away for a job in Ghana that often requires little skill and education.

Now, how much do you earn and who should be added to the cycle of respected jobs?

Related: 9 Ideas to make a side income while growing your business